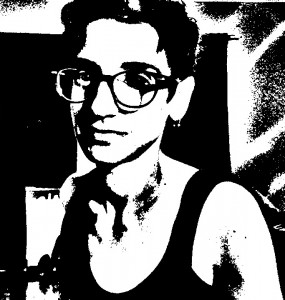 I am a scholar of nineteenth- and twentieth-century writing whose work cuts across the discourses of critical theory, queer theory, pragmatism, and deconstruction. In my dissertation, “Reading to the Test,” I began to rewrite the conventional history of literary criticism by bringing it into dialogue with the history of empirical experimentation on readers. I addressed the tensions between social-scientific methods and aesthetic values in the work of Herman Melville, Henry A. Murray (a Harvard psychologist and one of Melville’s earliest biographers), and Theodor W. Adorno. At present, I am investigating the relationship between temperament and belief in William James, Gertrude Stein, and contemporary arguments about aesthetic and political “interest.”

The “Minister’s Black Veil” experiments. In the late 1930s, under Murray’s supervision, a team of Harvard psychologists refashioned Nathaniel Hawthorne’s “The Minister’s Black Veil” (1836) as a personality test. Over the next few decades, several cohorts of male undergraduates, unemployed men, and military recruits would be told the beginning of the story, then asked to complete it themselves. Their compositions were said to reveal suppressed fantasies and inner conflicts. Regardless of the test’s psychological value, it had restaged the central gambit of Hawthorne’s original story: the person doing the interpretive “unveiling” becomes the allegorist to be deciphered. What does it mean to call a psychological experiment a reading of a literary work? In a presentation at the MLA, I drew upon cybernetic theory in conceptualizing the original tale and the personality test as a single, self-observing experimental system.

The cold reader as a scientific object. Studies claiming that reading promotes empathy are quoted lavishly in the press and used to justify the teaching of literature. The new science of literature and its effect on the personality can be traced to a resurgence of 19th-century preoccupations, specifically with suggestion and imitation. But whereas their predecessors chided sentimental readers, current commentators are more likely to describe detached, ironic, and even “academic” modes of reading as unnatural. I suggest that the shift has something to do with a changing conception of labour, and with our culture’s still-confused sense of the kind of work reading is. I am also working on follow-up to a 2014 publication on intellectual disability as a trope in Paul de Man’s criticism.

Gertrude Stein is not interested. A new project on political apathy and mathematics in Stein’s World War II-era prose.

Although my readings are not settled in a single literary period or movement, they overlap in generative ways. I strive in each to capture the power of literature, philosophy, and science to be mutually illuminating and mutually disorienting.